When it comes to Halloween, safety should always be at the top of mind for parents as their little ones go door-to-door for trick-or-treating. Whether you’ve just bought a home in a new neighborhood or you’re taking your child out for their very first Halloween, you want to ensure a safe and fun experience for the whole family. 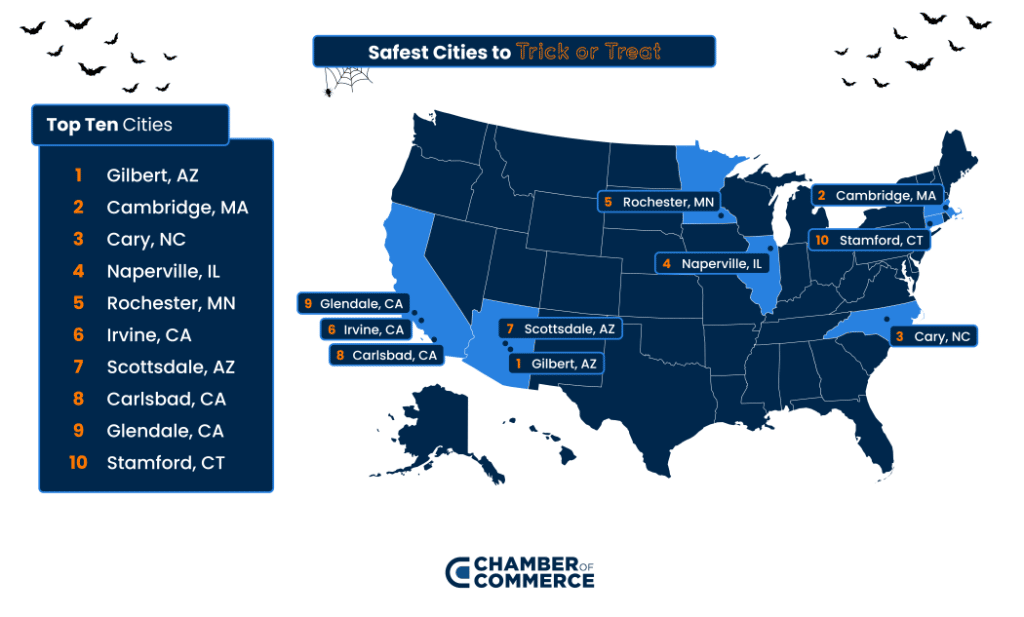 To determine our ranking, we analyzed data from more than 300 cities and compared those cities across five equally weighted metrics: pedestrian fatalities, violent crime, property crime, number of registered sex offenders, and number of law enforcement employees. Each metric was calculated per 100,000 residents, and each city within our analysis had a population of at least 100,000 or more. 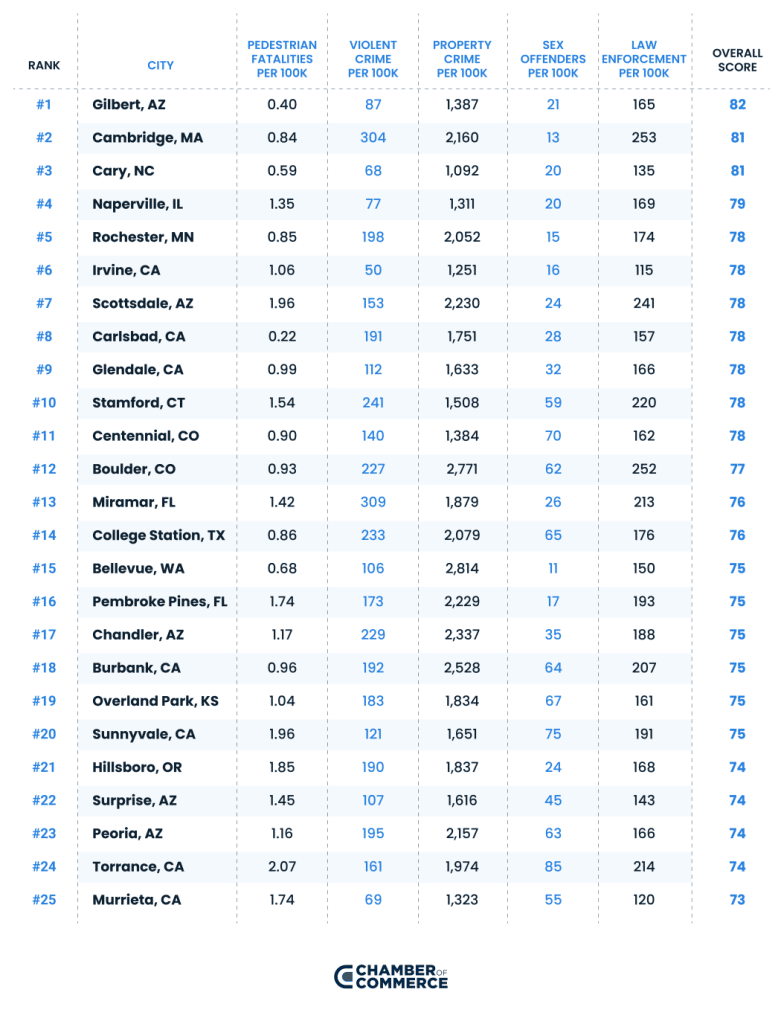 This family-friendly city located southeast of Phoenix earned the top spot on our list due to its low violent crime rate of 87 per 100,000 as well as a low number of registered sex offenders (21 per 100,000). According to the National Highway Traffic Safety Administration (NHTSA), the city is also home to safe streets for pedestrians. On average, there is one pedestrian fatality per year in the city, which makes for a safe environment as trick-or-treaters go door-to-door this Halloween.

Coming in at No. 2 on our list is Cambridge, Massachusetts. Although it’s known for its college town atmosphere, Cambridge landed high on our list due to its low number of pedestrian fatalities and low number of registered sex offenders (13 per 100,000).

It’s probably no surprise that Cary, North Carolina is high on our list of safest cities for trick-or-treating, considering that the city was named one of the safest cities in the whole country in 2019, according to FBI data. Cary’s violent crime statistics are among the lowest on our list, with only 68 per 100,000. In terms of property crime, the city is home to the lowest on our entire list of 25 cities, with just 1,092 property crimes per 100,000.

Rounding out the top five safest cities for trick-or-treating this year are Naperville, Illinois (No. 4) and Rochester, Minnesota (No. 5). A quaint suburb of Chicago, Naperville is no stranger to making the list of “best cities” for families throughout the years. With a population of just under 150,000, Naperville is located within the sweet spot of a small-to-mid-sized city. The city’s low number of registered sex offenders (20 per 100,000), violent crime (77 per 100,000), and property crime (1,311 per 100,000), as well as an average of two pedestrian fatalities per year, make it an ideal location for safe trick-or-treating.

Located southeast of Minneapolis, the city of Rochester, Minnesota comes in at No. 5 on our list. With a large number of law enforcement employees (174 per 100,000) as well as an average of one pedestrian fatality per year, Rochester rounds out our list of the top five safest cities for trick-or-treaters this Halloween.

Wherever you plan to trick-or-treat, it’s a good idea to make sure you’re aware of your surroundings and plan your route in advance. The National Safety Council also recommends that children wear reflective tape on their costumes or bags when trick-or-treating after dark.

And, of course, it never hurts to bring along a backup bag for extra candy!

Each variable was graded on a 100-point scale. To determine an overall score, each city’s weighted average was calculated across all metrics.

Fair Use: Feel free to use this data and research with proper attribution linking to this study.