Who it’s best for

eReleases is best for small businesses that:

Check out our roundup of the Best Press Release Distribution Services

WireWatch is a report users receive within hours of their release being sent. It features:

eReleases claim WireWatch is unique and that they’re the only PR distribution company who offer it. Technically speaking, that’s true.

However, the way this claim is presented could give potential customers the impression that eReleases are the only company offering performance reporting.

That’s not the case, and ‘WireWatch’ is just a brand name for a PDF with links to data provided by outside partners like PR Newswire.

How useful are eReleases’ performance reports?

The ‘potential target audience’ figure may be in the millions, but it’s calculated by adding together the total readership for each outlet where the press release has appeared. 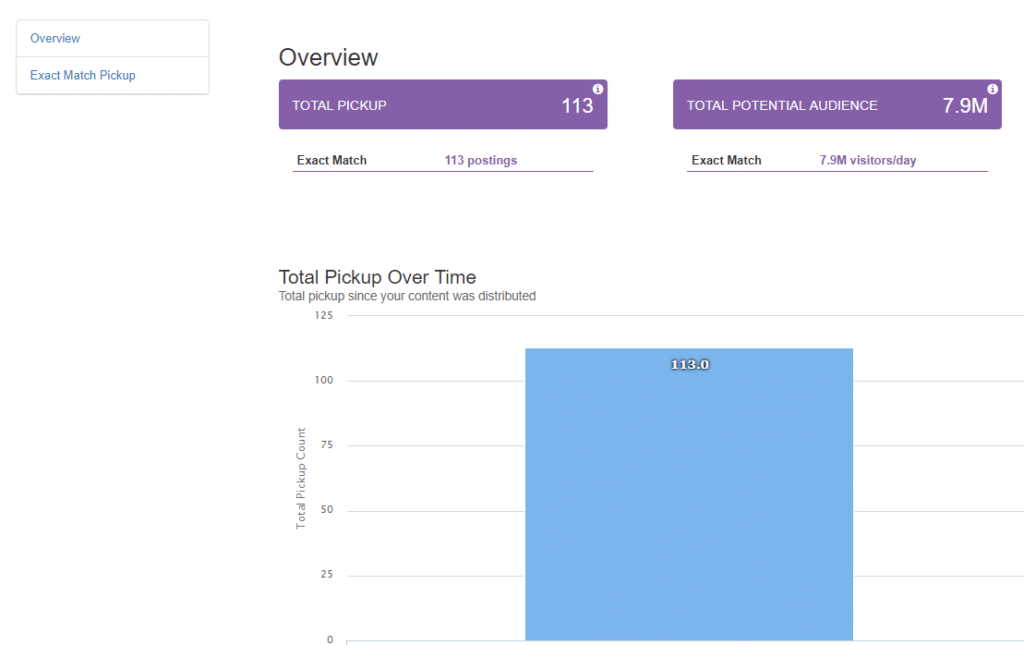 For the final audience to reach that figure, everyone visiting the potentially dozens of websites where the release appeared, like Yahoo Finance, would have to read it. That’s not realistic.

Offering this statistic as part of a reporting tool to give users an indication of campaign performance without explaining how to interpret it is not useful and potentially misleading.

How do eReleases send out each press release?

In two ways. First, in the text body of an email to subscribing journalists.

This is useful because:

Second, the release is sent out via PR Newswire at a negotiated rate directly to their network. This includes:

By combining these distribution methods, clients get a wide range of potential readers, including some reputable outlets like the New York Times.

Can eReleases write a press release?

How do eReleases edit press releases?

Real editors put each press release into AP format – a common industry standard – and edit them to provide a better chance of attracting interest.

This means common sense issues that might slip past bots are fixed before they sabotage a costly press release.

Is it easy to create a press release with eReleases?

Overall, creating a press release in the eReleases system is fairly simple and they’ve clearly made an effort to improve the experience for their customers.

After ordering, a representative from eReleases calls and talks the customer through the process. This is reassuring.

Is the site easy to use?

Several users have complained about glitches, and the overall feel of the site is made cheap and hard to navigate by:

These features distract the eye, make pages slower to load, and lower the quality of the user experience.

Worse still, testimonials on the main landing page are sometimes badly formatted, presented in poor English, and give a poor impression of eReleases’ attention to detail.

It doesn’t give potential customers confidence in eReleases when they haven’t properly formatted or corrected the English in the testimonials for their own business.

Is eReleases affordable for small businesses?

eReleases charge per release sent out and don’t have a monthly or annual subscription.

eReleases’ prices are towards the more expensive end of the market.

However, eReleases offer the highest outlet-to-dollar ratio, making them good value for businesses aiming to save money while maximizing distribution.

However, there are cheaper distributors by total dollar cost.

What’s included with each plan?

It can be tough to work what’s included with each eReleases package.

For example, with their Buzz Builder package ‘SEO enhancements’ are listed as one of the features, along with ‘one industry target’, and ‘75+ media sites.’ 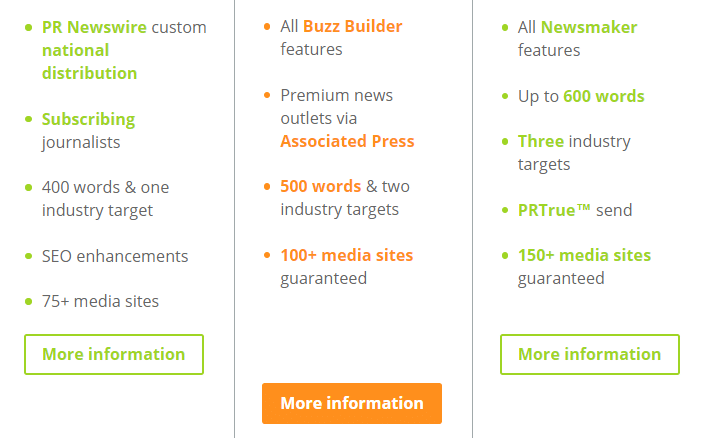 None of these terms are defined anywhere, and clicking ‘more information’ takes browsers to a FAQ page about objections to using press release submission services in general. 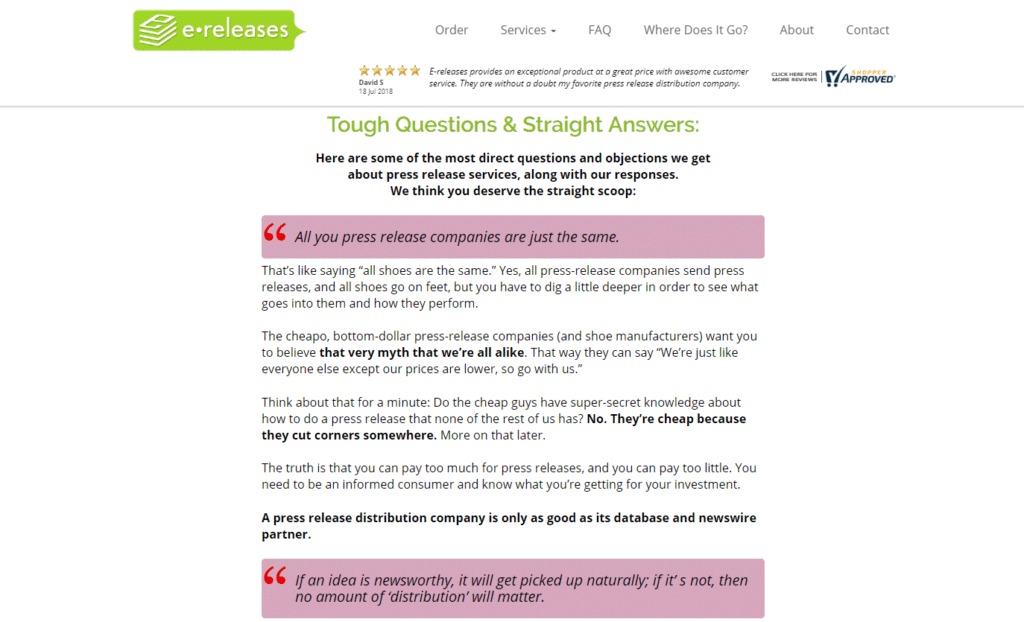 Potential clients wanting to know what PRTrue™ send is (listed under the PR Pro plan) will have to reach out to eReleases directly, as there’s no information on their website describing it.

However, unless several precise and thoughtful questions are asked, it’s unlikely any customer will know 100% what they’re paying for before buying.

What’s the word limit for a press release?

The word limit for a press release by eReleases varies by plan:

Each of these should be enough for most releases. Other press release distribution companies also start at 400 and charge more for higher word counts.

What other features are available from eReleases?

For an extra fee, customers can get:

Customer service agents can answer basic questions about pricing, though things can become more complicated when discussing the differences between different price plans.